Tarku Completes its maiden Drilling at Apollo and confirms the model

MONTREAL, December 22, 2022. Tarku Resources Ltd (TSX-V: TKU – FRA: 7TK – OTCQB: TRKUF) (the “Company” or “Tarku”) is pleased to announce the successful completion of the maiden drill program on it’s Apollo Gold Project, part of the 3As Projects, located east of the town of Matagami, Eeyou Istchee James Bay, Quebec. Eight holes, for a total of 3,048m were completed on a 4km wide priority area of the east extension of the Sunday Lake Fault. Tarku controls 100% of more than 20km length of the regional faults, where no exploration has ever been reported for gold. Assays are pending for all holes but are expected to be received during Q1 2023.

Julien Davy, President and CEO of Tarku Resources said: “We are very impressed by the core recovered during this maiden drill program. All 8 holes intersected prospective environments and the unexpected presence of visible base metals such as sphalerite and copper increase the prospectivity of this overlooked area. We’ll work on the interpretations during the coming weeks but the visible alterations halos of carbonatization, hematization, sericitization and silicification with structural control as visible breccia and the presence of long sequence of mineralization give us strong indications that this project looks more and more like other Abitibi-based multi-million ounces deposits. We eagerly await the assay results and wish all our shareholders and stakeholders a very Merry Christmas and a Happy New Year.”

Location Map of 2022 drill program at the Apollo Project. Background is a geophysical compilation of MAG, IP and TDEM surveys completed between 2019 and 2022 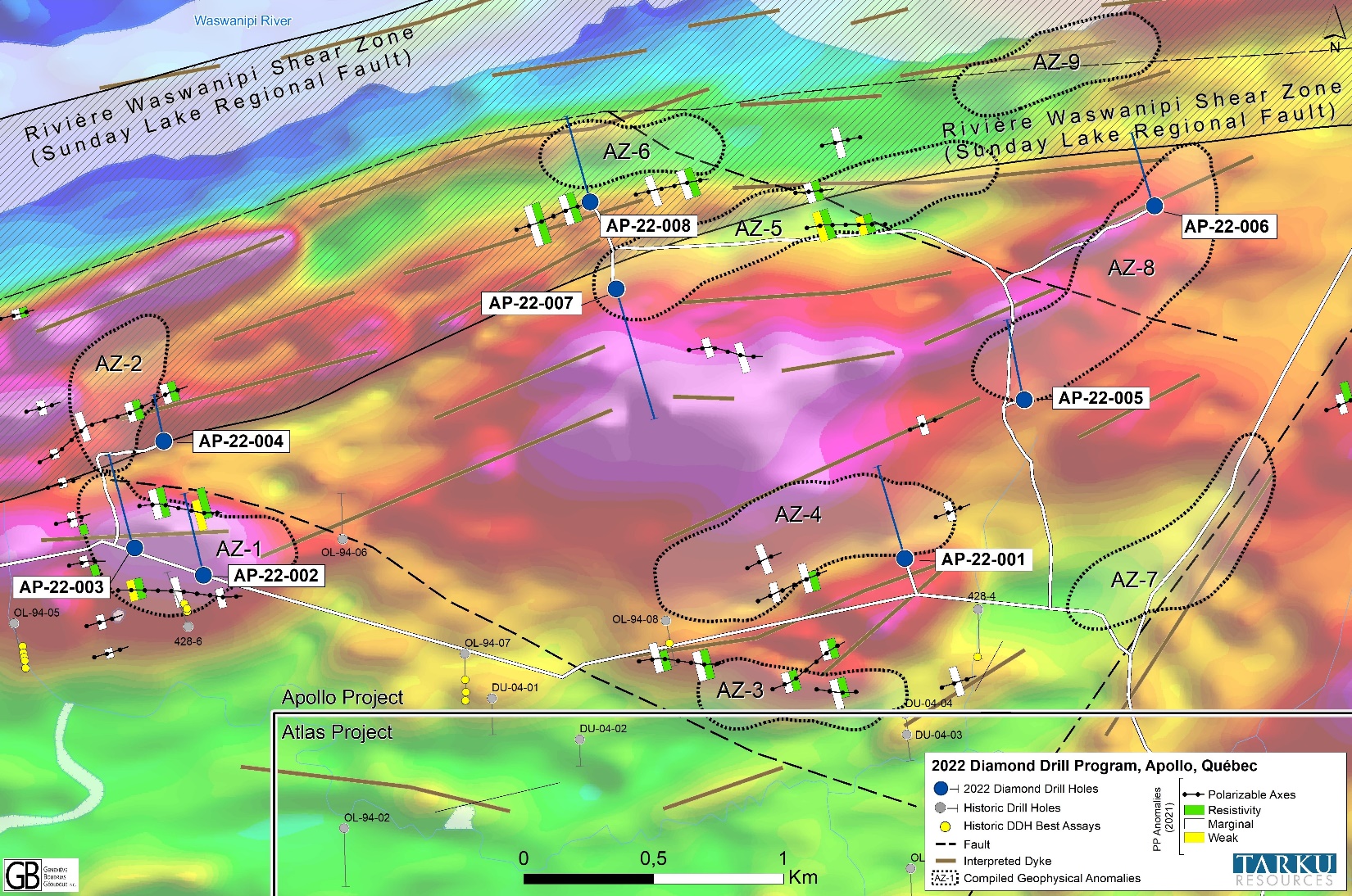 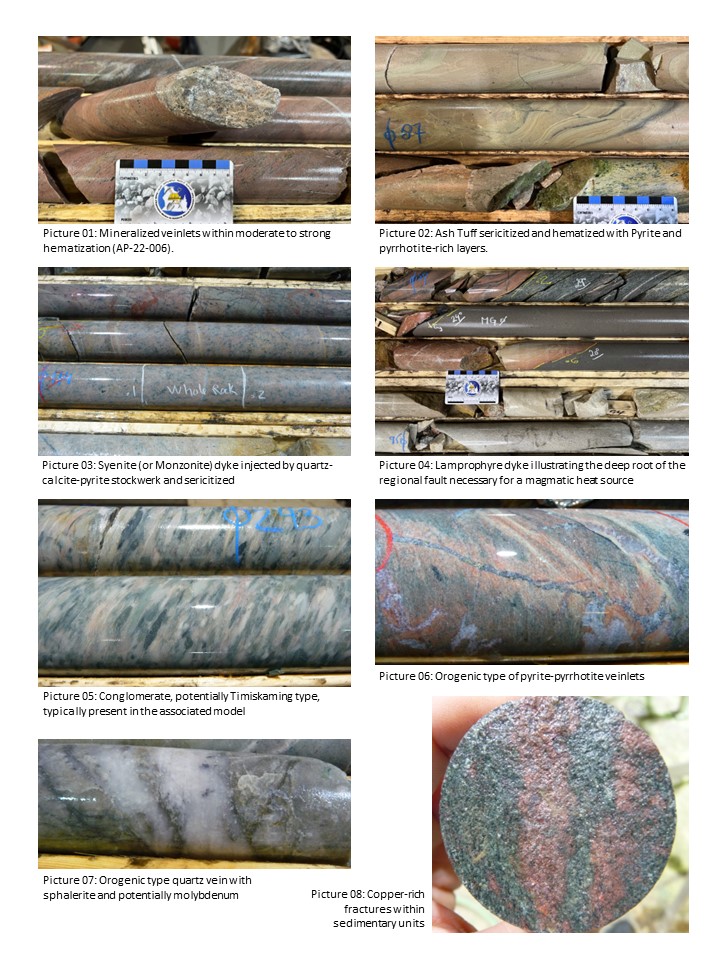 In Arizona, within the famous Tombstone District, Tarku owns 100% of the 29 km2 Silver Strike Project. Silver Strike has been interpreted by management to have the protentional for similar CRD Deposits comparable to the Hermosa Project, located 80km west in Santa Cruz County, Arizona, which South32 acquired for USD 1.8 billion in 2018. Tarku is currently planning a surface mapping program, a deep-penetrating and high-resolution geophysical survey over the priority targets, with a minimum of 5,000-meter drill program in the upcoming month.

In Quebec, Tarku owns 100% of the “Three A’s” exploration projects, (Apollo, Admiral and Atlas Projects), in the Matagami Greenstone Belt, which has been interpreted by management as the eastern extension of the Detour Belt. The Detour Belt has seen recent exploration successes by Midland Exploration Inc., Wallbridge Mining Company Ltd., Probe Metals Inc. After the last deep-penetration and high-definition IP geophysical survey over Apollo, Tarku has completed an over 3,000m drill program and is waiting for the results.