Latest News on the Project 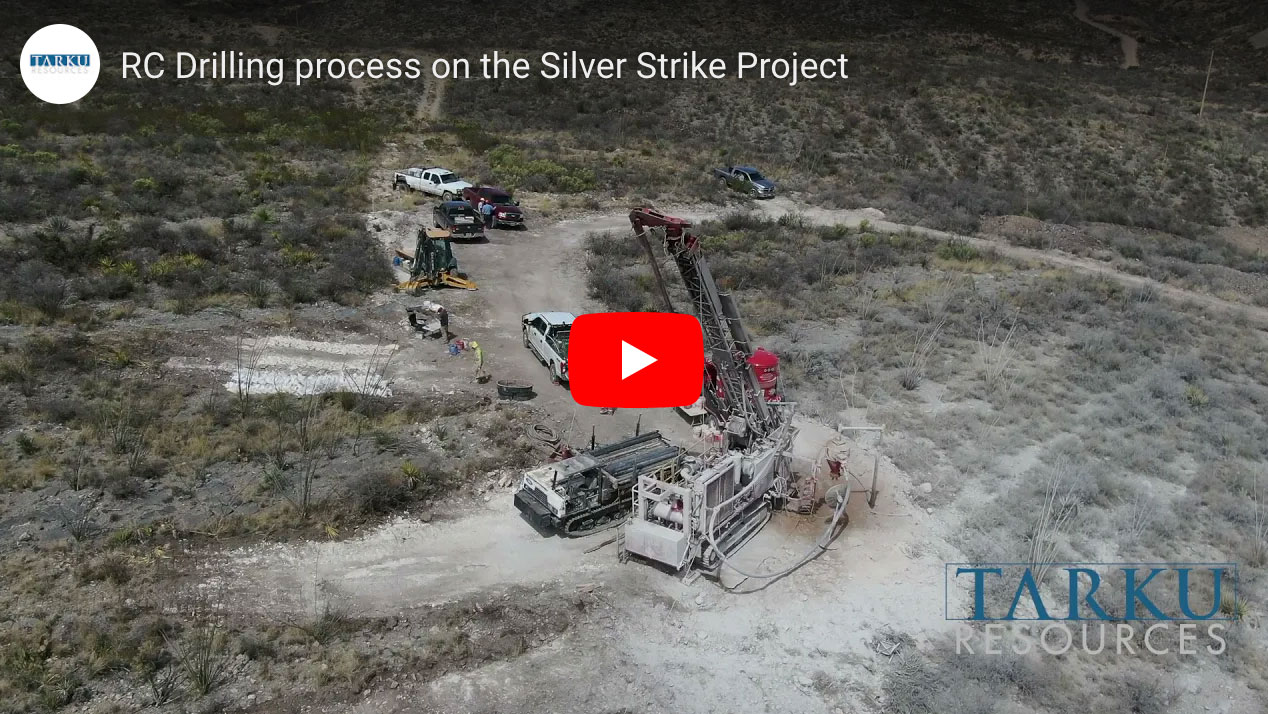 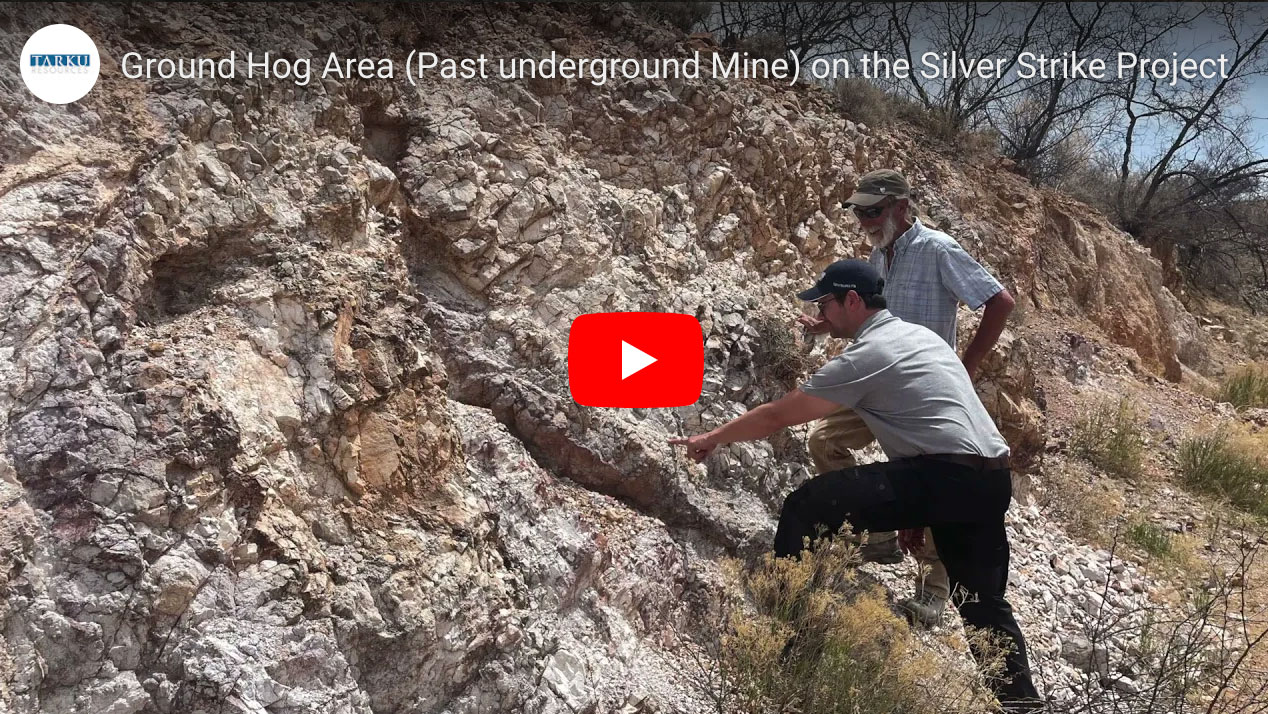 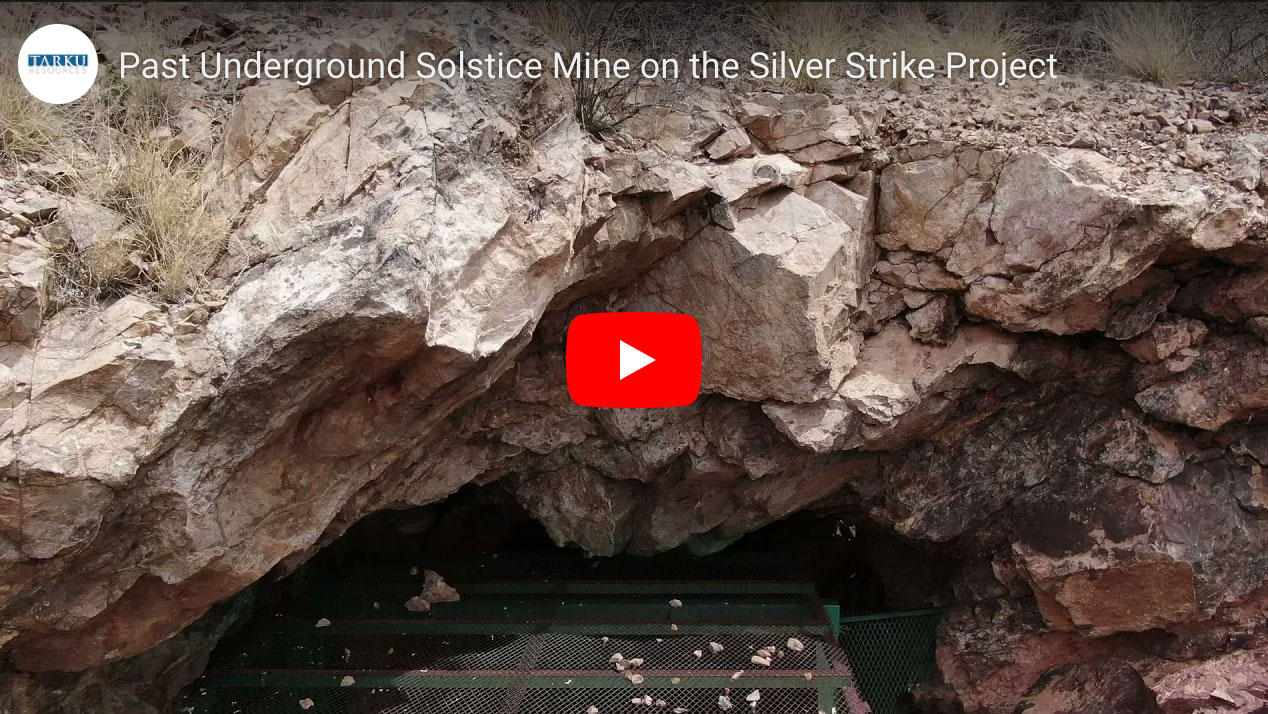 The Silver Strike Project and Other Regional Mines 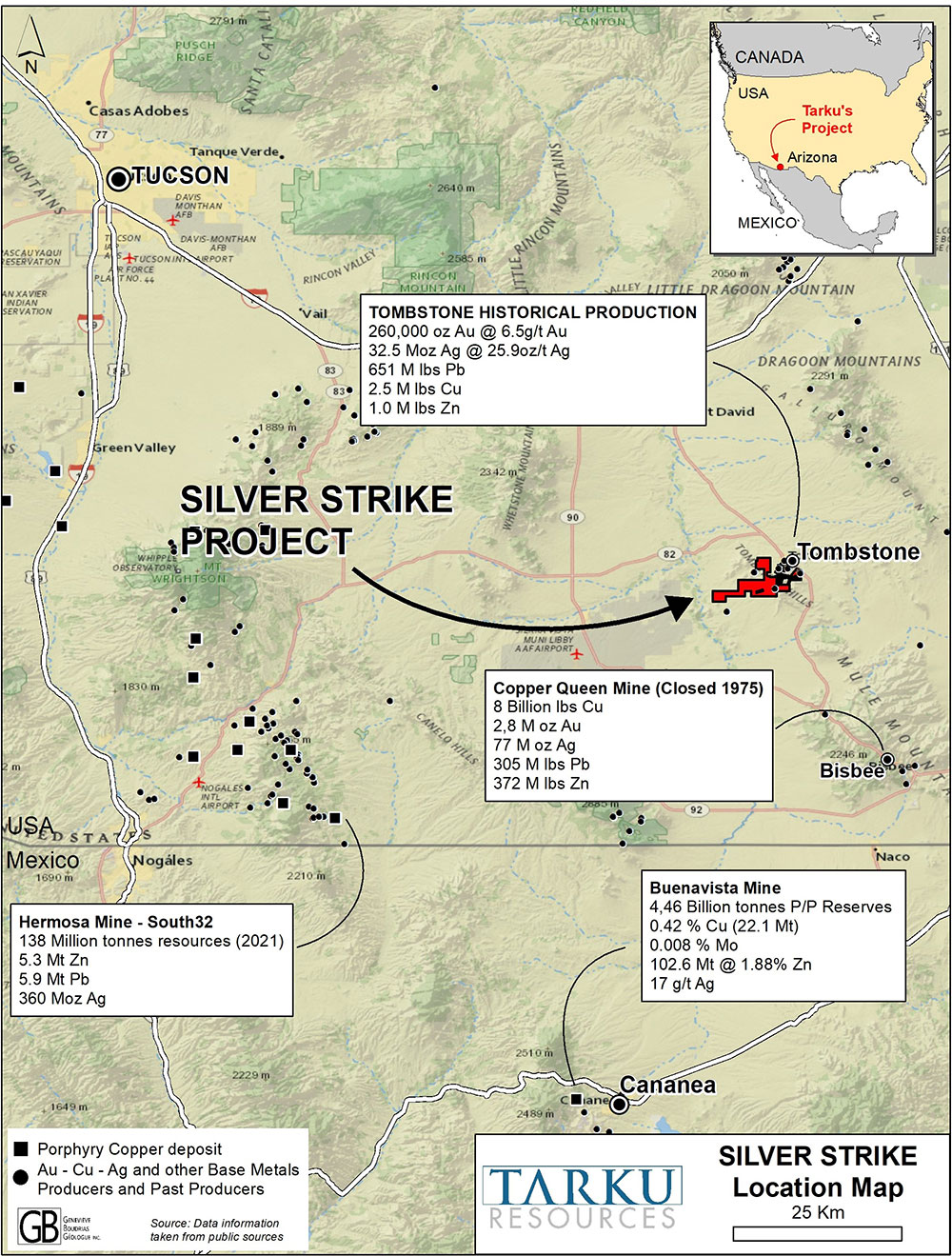 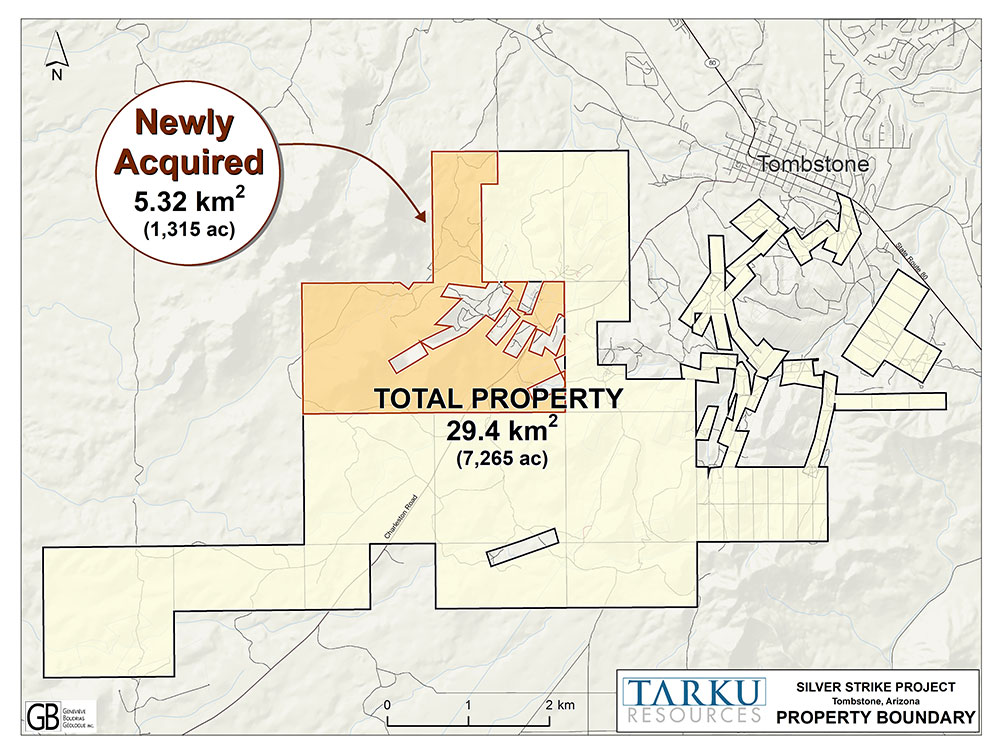 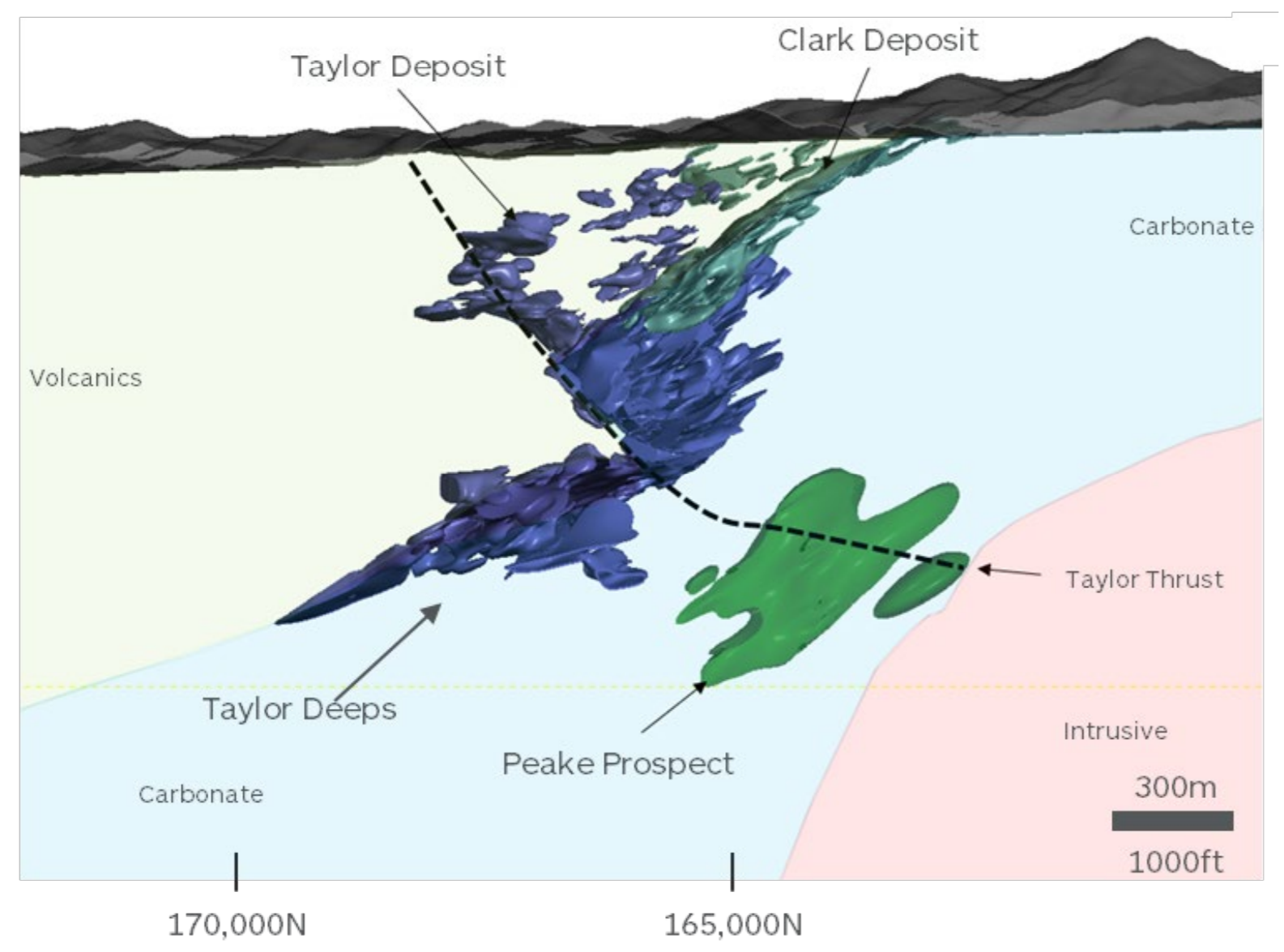 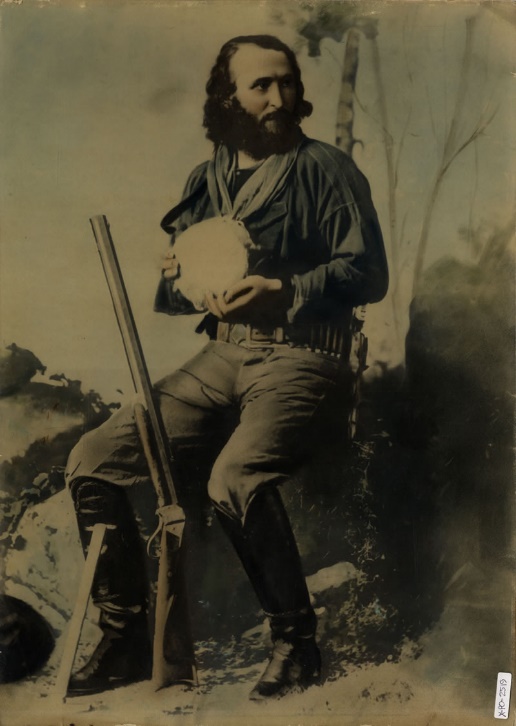 Mules and wagons hauling ore from a Tombstone Mine 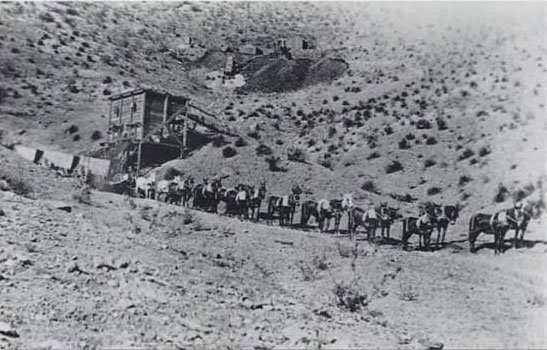 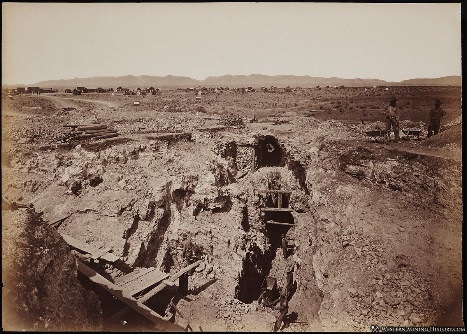 The carbonate replacement deposits (CRD) in the area are largely associated with limestones and limey siltstones of the Bisbee Group. The Bisbee Group is interpreted to be present in the Tombstone area at relatively shallow depths (<400 metres) based on surface mapping.

Elsewhere in Arizona Bisbee Group host significant mines, such as those at: 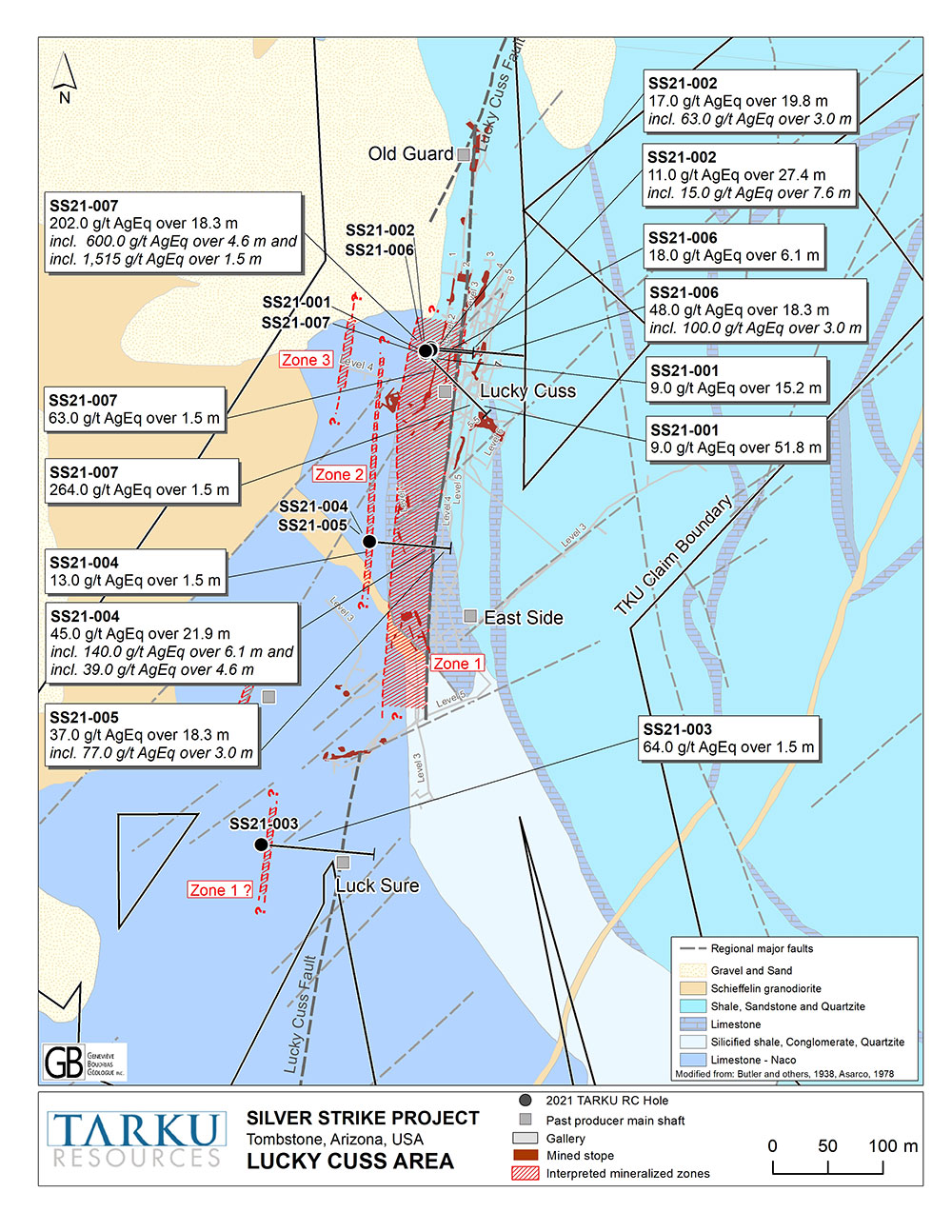 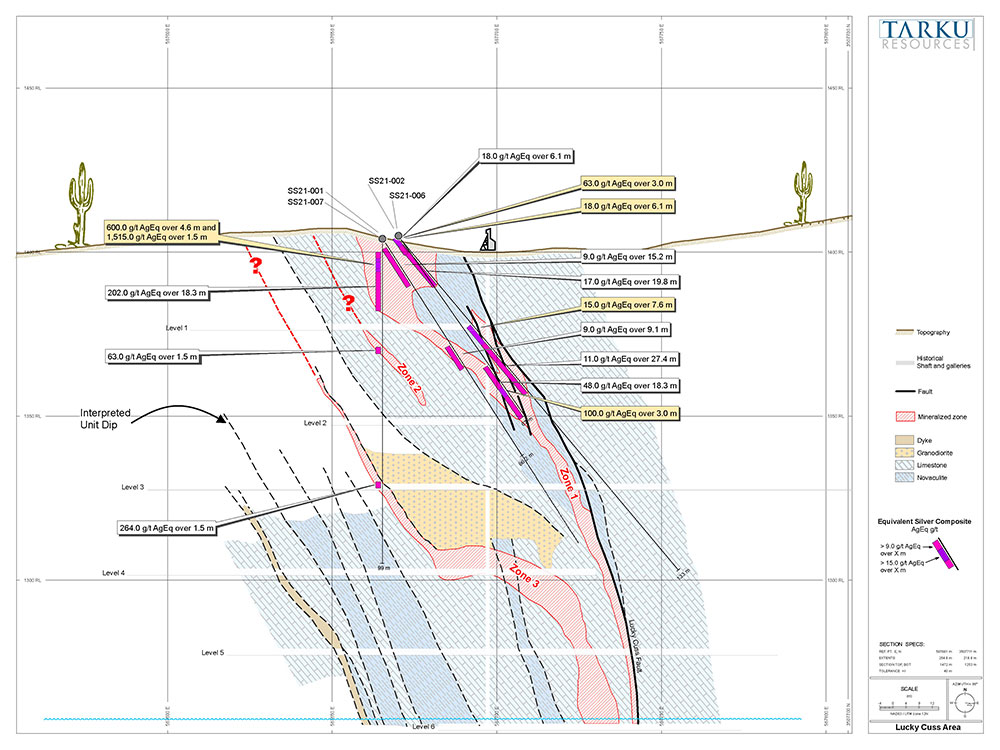 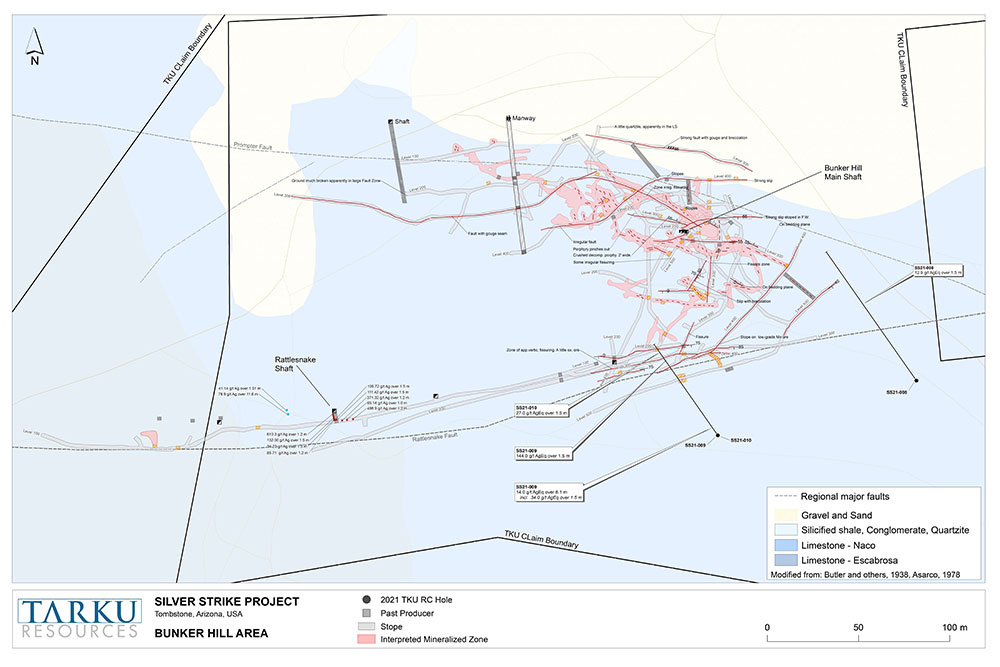 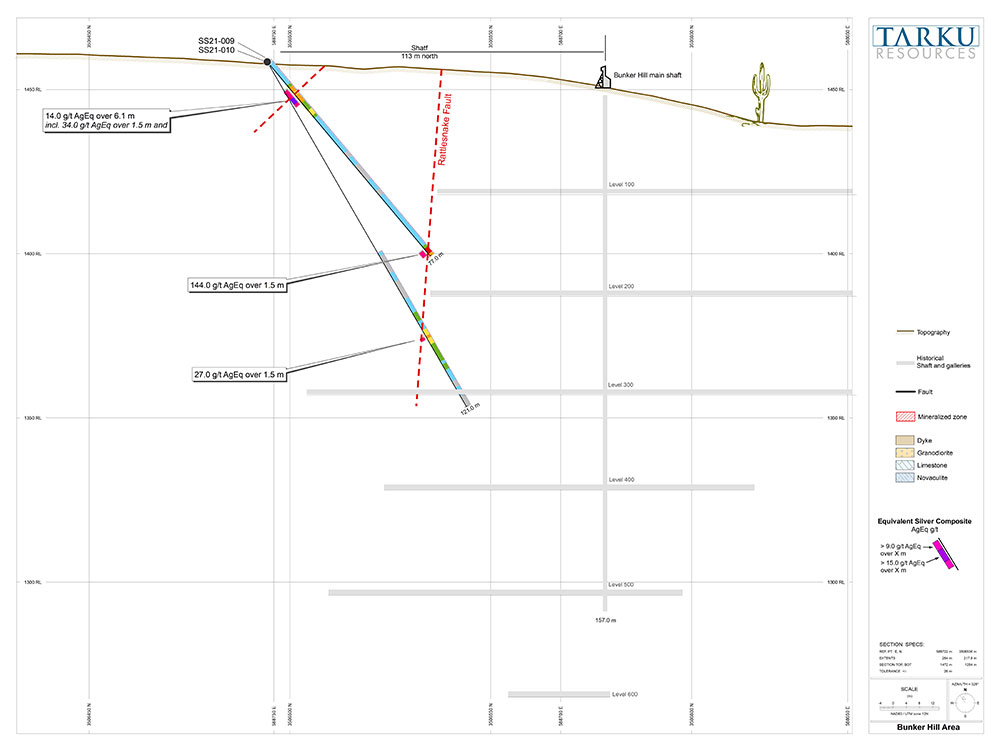 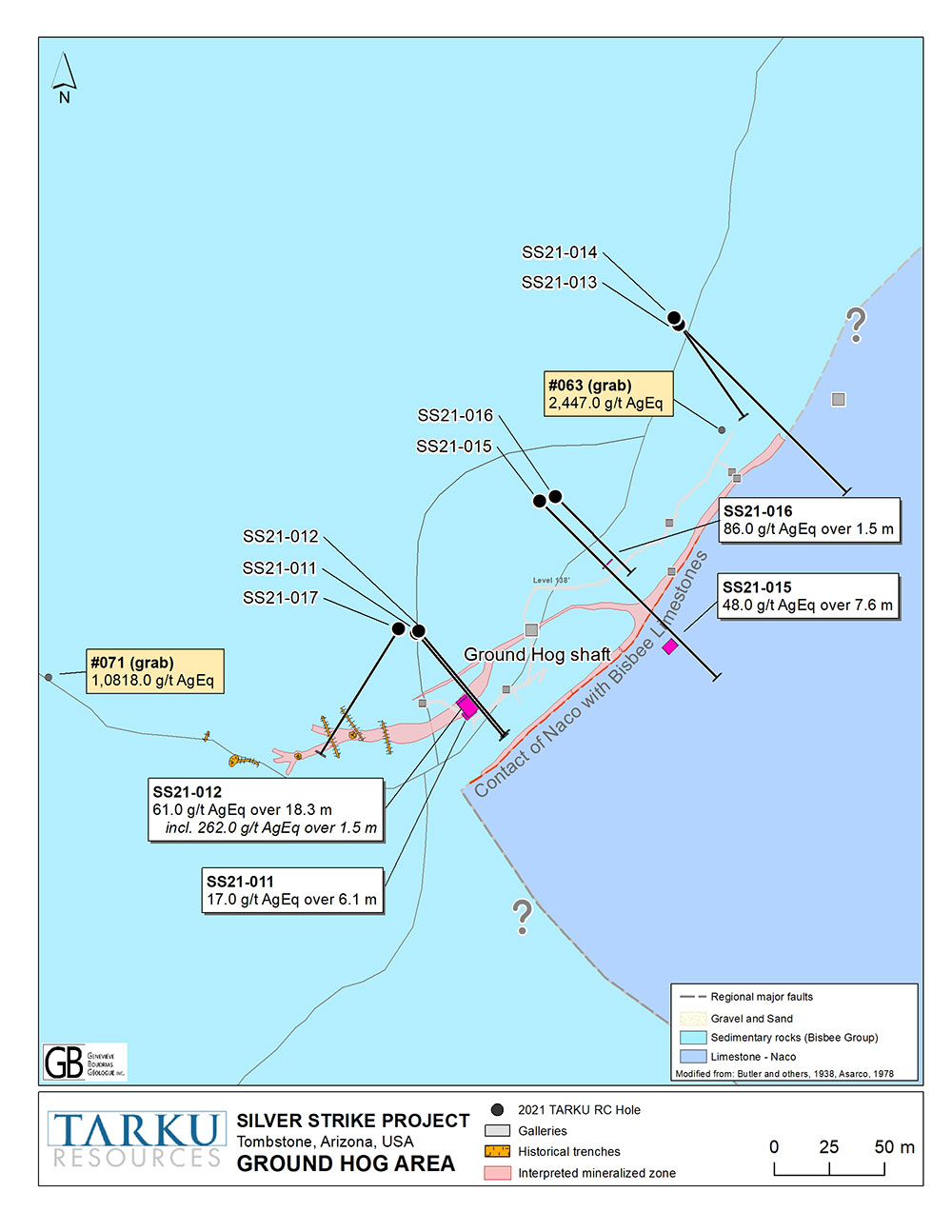 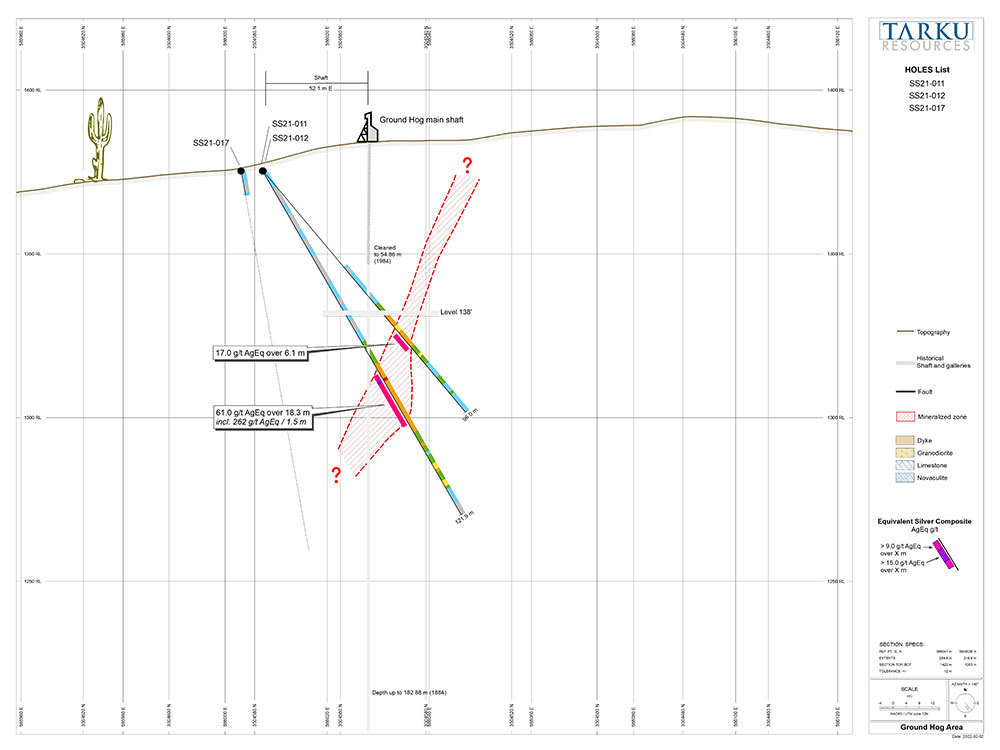 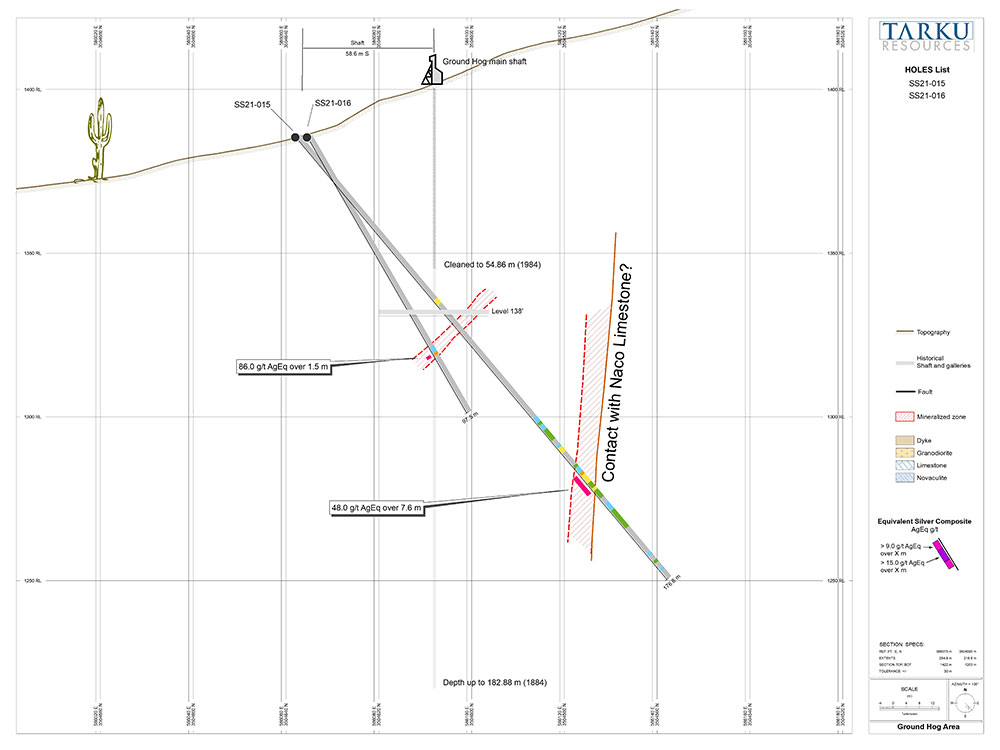 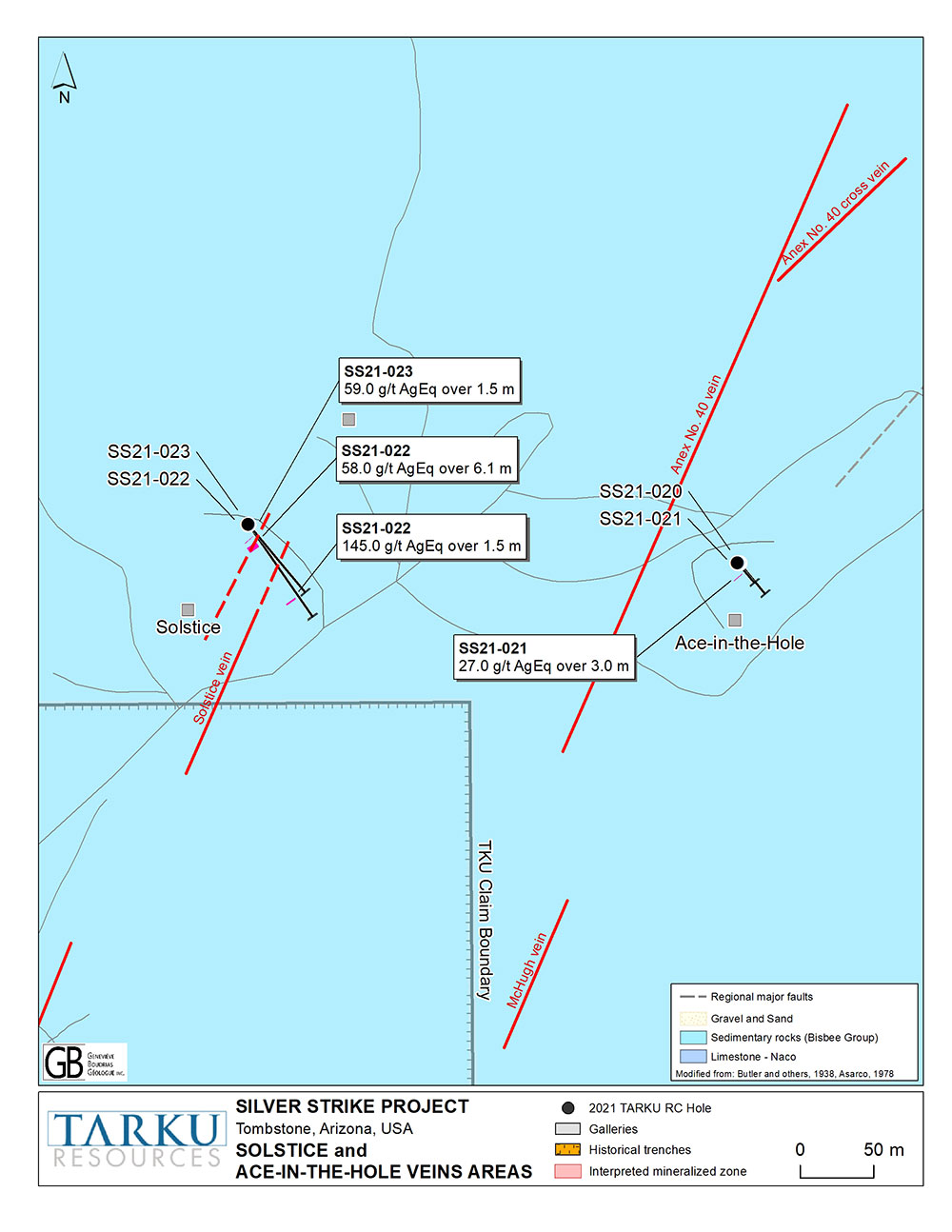 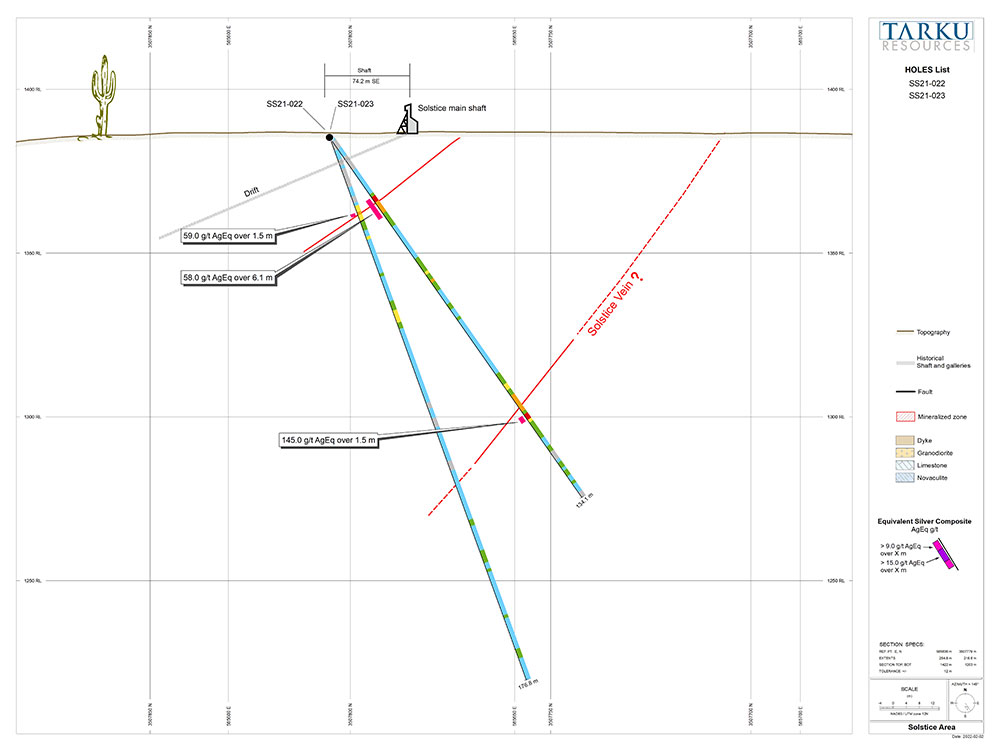 Tarku’s first drill program on the Silver Strike project was completed on May 28, 2021. The program of  23 RC drill holes totalling 8,921 feet (2,719.1 meters) was designed to test more advanced and early-stage targets that included the Lucky Cuss, Luck Sure, Telephone, Bunker Hill and Ground Hog historic mines, which produced high-grade silver to a maximum depth of 200 meters.

The 5,000-meter drilling program will focus on surface to 400 meters depth along the Lucky Cuss and the Ground Hog trend.

Exploration drilling will also testing the best geophysical anomalies of the planned survey over the property.

Tombstone Mining district was one of the earliest silver mining areas in western United States that start producing numerous silver mines in 1877. Despite the attractive quantity of silver found in the district, the low metal prices of the 1915’s (below 1 USD/oz), financial panic, and the removal of the United States currency from the silver standard (since the 1900s), technical inability to deal with underground waters, and bandits caused this area to be overlooked.

Limited sporadic production in the area was recorded at different periods stimulated by a higher gold price. During World War II, studies were done for manganese deposits in the district in relation to the war effort. Exploration work in late 1950 revealed presence of lead and zinc. in 1965, limited drilling was completed probing for porphyry-copper-type model recovering alteration zones in the vicinity of breccia pipes and extensive but low-grade mineralization.

Between 1980 to 1985, rising silver price made Tombstone Exploration Inc. operate in a geological lower grade environment an open pit mine on the Contention structure and produced up to 3,000 tons per day of ore averaging in the range of 1.25 oz/t Ag and 0.6 g/t Au. No exploration drilling was ever conducted, and no ore reserves of significance were measured ahead of mining.

The area is characterized by mountain building episodes and sedimentation (mountain erosion) intruded by numerous granites. Locally most of the sediments are related to the Bisbee formation. Older rocks are unconformably overlying the Tombstones hills by tick sequences of sediments which are excellent host mineralization as they chemical and resistant characteristics make them break easily under tectonics stress and provide pathways for veins and mineralization. The principal production from the Tombstone mining district has been from high grade veins associated with those fractures.

Although Tombstone has primarily been a silver camp, substantial gold and lead, and subordinate copper, zinc, and manganese have also been produced. The silver to gold ratio for documented production between 1877 and 1937 is 126 to 1 and production has come mainly from mineralized vein fractures cutting folded sediments. Ninety-five percent or more of the production is from the surface to 200 m and is primarily from oxide ore minerals.

More recent publications and data compilation concluded that the volcanic geology and structure in the Tombstone area is related to a district-scale Laramide caldera. Mineralization in the district is also related to the caldera and attendant hydrothermal fluid migration. These districts are typically zoned from silver-rich peripheries to higher base-metal and gold contents near to the intrusions. Copper-gold mineralization occurs in intrusion-hosted stockworks or skans.

In the early 70’s, the American Smelting & Refining Company (ASARCO) obtained a lease on the Horne claims around the Robbers' Roost breccia pipe. They drilled three holes to a maximum depth of 1700m (5,000 ft) on a porphyry copper alteration zone in the vicinity of the breccia pipes. These holes intersected extensive but low-grade mineralization, grading vertically downward from a lead-zinc phase of mineralization into porphyry copper type mineralization, including disseminated pyrite, chalcopyrite, and molybdenite, as well as secondary K-feldspar and purple anhydrite. Poor copper prices at the time and since have discouraged further exploration for copper at this depth.

Tarku’s first drill program on the Silver Strike project was completed on May 28, 2021. The program totaling 8,921 feet aimed to test the potential of high-grade silver in 5 different zones.

Tarku’s first comprehensive drill program on the Silver Strike project was completed on May 28, 2021.

The drill program confirmed the presence of several high-grade silver veins and structures along with copper, lead and zinc. The results additionally demonstrated the presence of a possible Carbonate Replacement Deposit (“CRD”) System, similar to the nearby Hermosa project in Arizona. 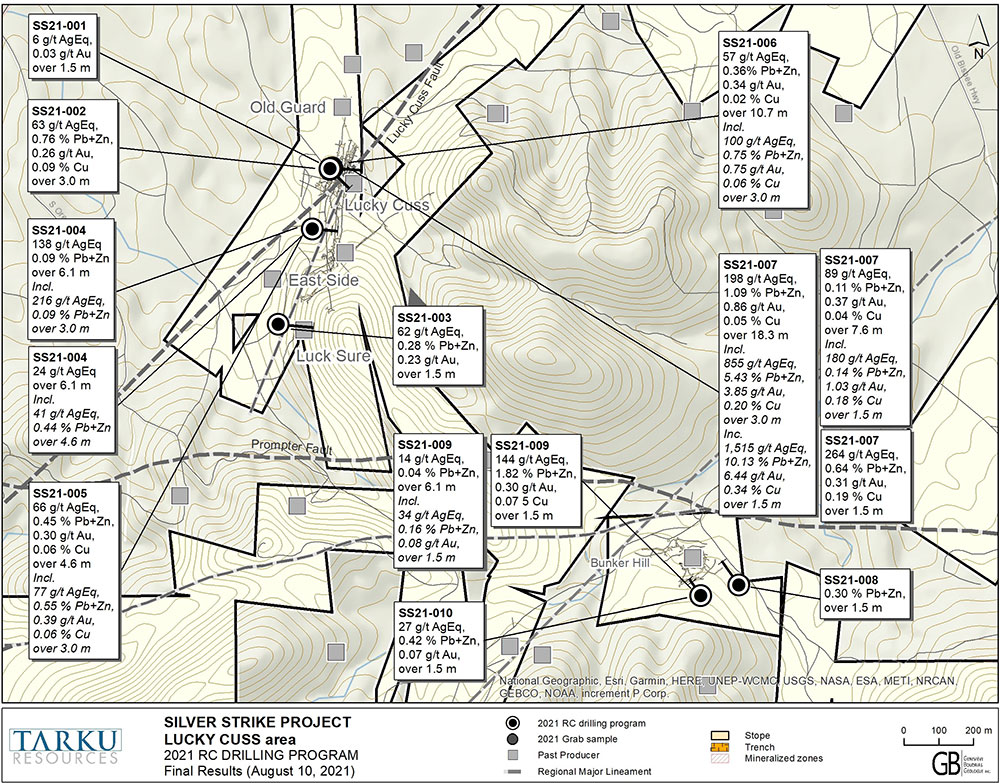 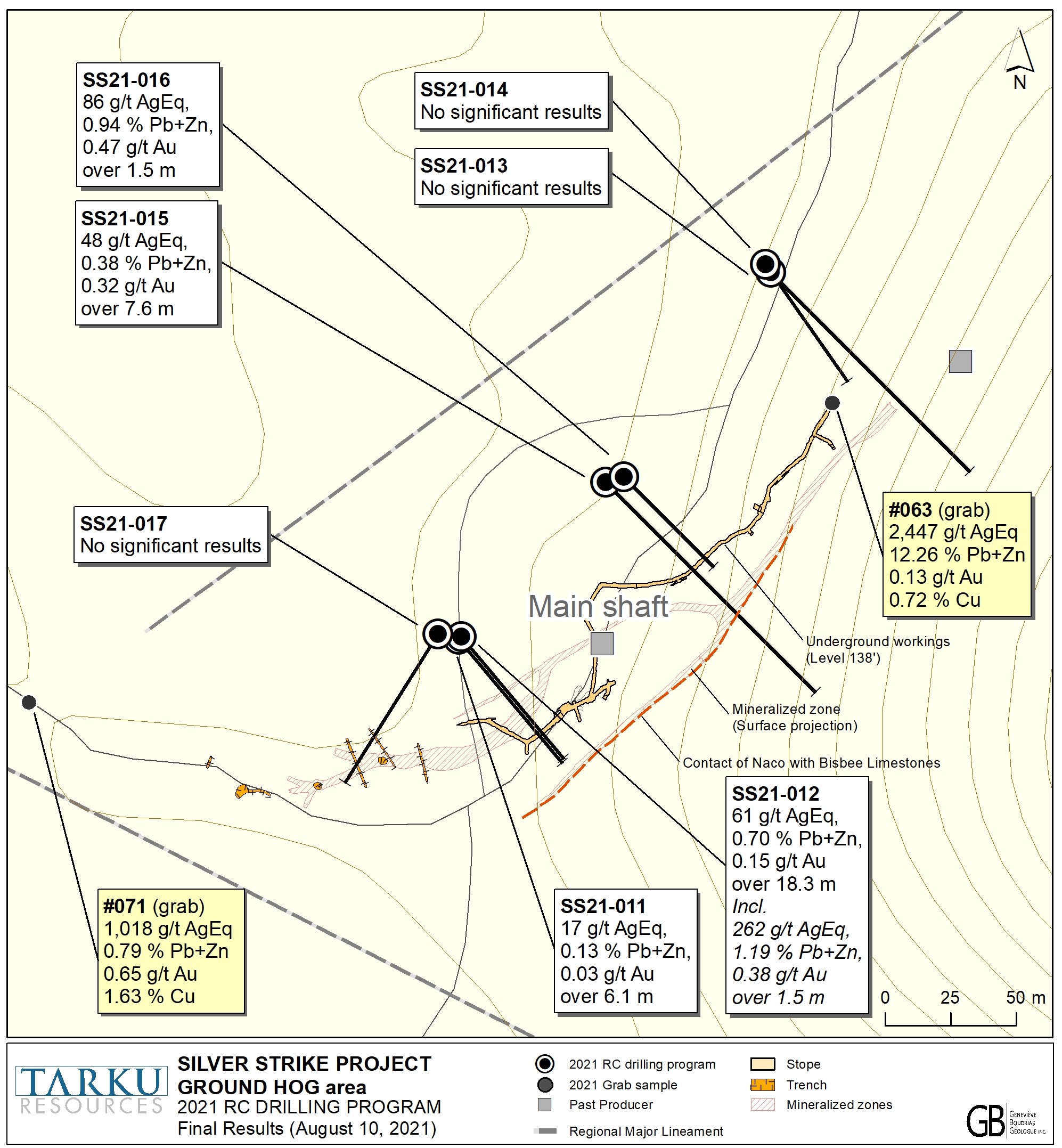 Best Assay results for these drill holes are summarized in the table below:

The next phase of exploration at Silver Strike 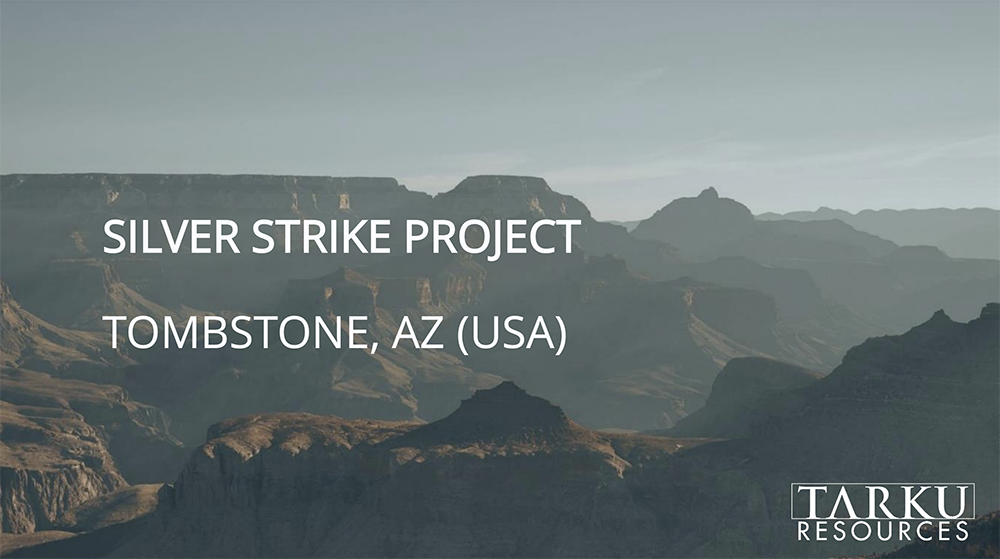